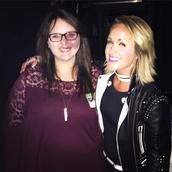 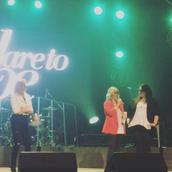 Crystal Hodges is a speaker and writer based out of Nashville, Tennessee. The 29-year-old is known for her sassy, passionate, funny, kind and wise voice on such topics as bullying and cyberbullying, self-acceptance and celebrating differences. One of Crystal’s differences—the large port-wine stain on her face—is immediately obvious. Less so is the rare medical syndrome that accompanies it, an inherited neurological skin disorder called Sturge-Weber Syndrome, requiring frequent medical treatment.

Yet growing up amid supportive family members and friends, Crystal never had a problem accepting who she was or calmly answering the inquiries she received from curious strangers.

Then something unexpected and painful happened.

In 2014, without her permission, Crystal’s face was turned into an internet meme that went viral to over 30 million people worldwide.

Suddenly, over 30,000 people were making comments about her appearance without her permission orinput. She was shocked and self-conscious at first, but her friends and family helped pick her spirits back up.  Shortly after, Crystal realized she had the opportunity to use her facial difference to make a real difference with her difference, modeling the idea that no one should be ashamed of being different. Since then, People magazine, OWN: Oprah Winfery Network, NBC’s “Today” show and other media came calling, helping Crystal with her goal of breaking stereotypes.

Now, the self-confident woman with the purple face proudly inspires audiences in schools, hospitals, youth camps, churches, and women’s retreats as well as readers of her popular blog.

Yet, Crystal is even more than this.

Addicted to baking, photography and travel, Crystal’s beat up passport has taken her to 11 countries. She has swum with the dolphins in Mexico, and gone dog mushing in Alaska. She has learned American Sign Language and makes it a point to laugh every day - even if means laughing at herself...And her favorite color is anything glitter.

Many of her “God-sized” dreams have already come true. She is working on the rest. 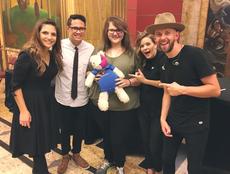 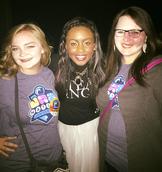 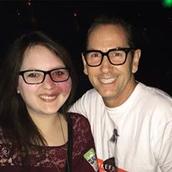